My son is sick. And he's 700 miles away. My baby boy. Sick. Away at college. Talk about feeling helpless! Thankfully he is not 3,000 miles away like some of my friends kids away at college. Nick was home from college for Thanksgiving last week. We had a wonderful time together and he had a wonderful time seeing his girlfriend and his friends. We went to my in-laws for Thanksgiving dinner in the afternoon. It's always super loud there with about 20 people. Then we went to my mom's house for another dinner in the early evening with another 10 people. With lots of pie and yummy Lincoln Log and of course, lots of Thanksgiving cookies. When we got home, I had a blasting headache and Nick said he had a really bad headache too. We figured it was just all the loud activities. We both took Tylenol. My headache went away almost immediately. Nick's headache stayed.

The weekend was a flurry of activities with Nick's friends and girlfriend. On Saturday night, Nick said that his headache was still really bad. I was really surprised. We are not headache people. I checked his temperature. 102.2. Oh, okay that makes more sense, he's sick. Then he mentioned he also had chills and his neck was sore. Um. Those are signs of Meningitis. Scary. We made sure he could touch his chin to his chest and move his head side to side. We called a doctor friend of ours. Nick was flying out in the morning to go back to his dorm. We got his fever down a little bit and in the morning he was feeling better. He flew back to college.

All the symptoms came back along with the fever. We asked Nick to go to the school nurse on campus. He went first thing in the morning, skipping two of his classes which he has never done before. They gave him a blood test to check for infection for Meningitis. Negative. Thank you God. Then they tested him for Appendicitis because his abdomen was sore during the exam. That test took a lot longer. Basically most of the day was spent pacing 700 miles away while Nick was quite sick. Finally the test result came back - negative. Thank you God again. So that means that it is just a virus infection and will work it's course. Nick missed a couple classes and caught up on sleep. Also drinking lots of water and taking ibuprofen. He's getting better.

The experience showed me that I'm mush. Yep, mush. It also taught me that Nick is responsible, capable, on top of it. He's one of those "everything's fine" kind of kids and I worried that he wouldn't take it seriously and Meningitis can be deadly. He didn't delay. He took his medicine, drank tons of water, went to the doctor, slept extra. He's a good and responsible boy. Thank you God. And the school did a great job in caring for Nick and they wanted to see him again the next morning and again to follow up in 2 weeks. Angels.

I'm sending Nick a care package in the next day or two. They are not these cookies as I made these for someone else a couple months ago, but they are more relevant so I'm finally posting them today :-) 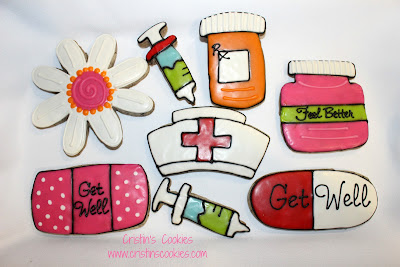 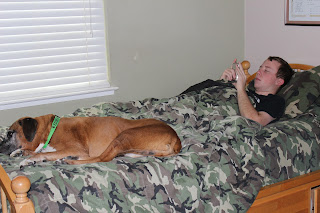 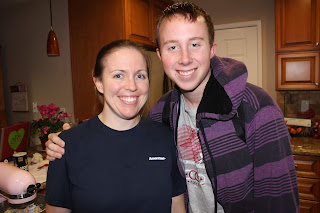 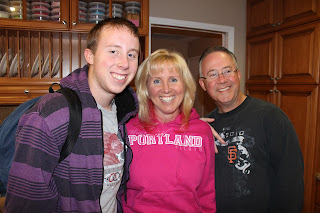 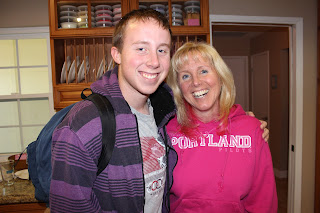 I posted my concerns for Nick on my Facebook page and a whole ton of people were praying for Nick while we waited for the test results. Thank you so much everyone for the support. Nick is doing better! 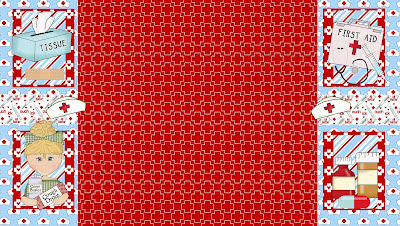