LAST Hockey Game and some cookies for the team

I've made cookies for our hockey team for every play-off game during my son's high school years. That's 13 play-off games and also a whole bunch of cookies at games just because. Nick is a great hockey player, a great teammate and he's a package deal that comes with a mom that bakes. I think it's safe to say they enjoy having Nick on their team ;-)

While I was pondering what design of cookies that I wanted to make for this play-off game, it hit me that these are the LAST cookies I will make for Nick's team. With so much going on, I hadn't realized that we were now in the stage of "lasts". Last day at high school, last lunch in the quad with friends and now the last hockey game. I am so incredibly happy for Nick and excited of his upcoming adventure to college, but yes, these hockey cookies made me cry. 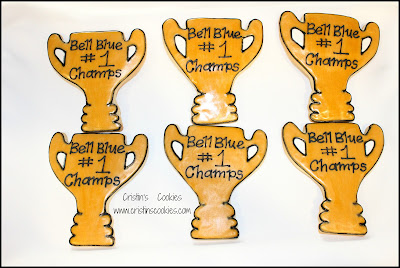 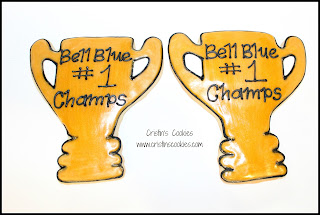 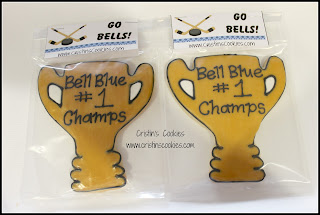 Are you thinking what I was thinking? What if I jinxed the team by writing #1 Champs?! Well I figured they were champs whether they won the title or not. They played really well all season long and only lost ONE game out of a bunch (12 I think). When they struggled in the first game of the play-offs, I started to worry and the game was late at night and we only had 2 alternates so the boys were getting really tired. They pulled all the strength they had and they won. This meant they were going for the championship in the next game! They had a two-hour break to refuel and get ready. 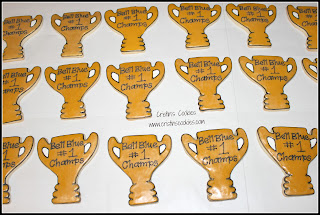 The 2nd game was somehow easier than the first and we "mercied" them. That means that when we had 8 more points than they did, the game immediately ended. 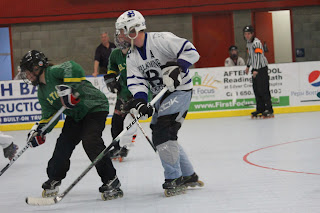 Bell Blue Division Champions! AWESOME job team and coaches! Everyone played so well together and gave their all. We feel blessed to have been a part of hockey these last 4 years! 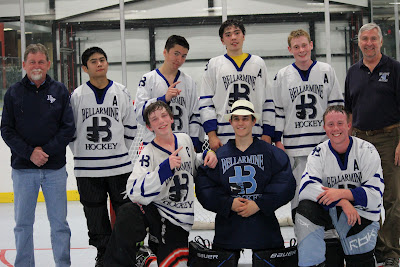 Nick has had 4 goals in the last 4 games he played. Today he played in an alumni game and they put him out with the big boys (the top team) and Nick skated fast, played hard and got another goal making it 5 in the last 5 games he played. I am bursting with pride in the picture below with Nick and his hockey coach. 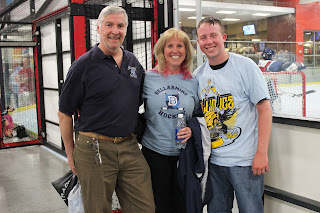 This is part of our cheering committee: my baby girl, Mellissa, pregnant with her baby girl, Abigail Cristin and Mellissa's hubby and my mom. When we go to Nick's games, there are often about 10 of us (just from our family) cheering on the team! 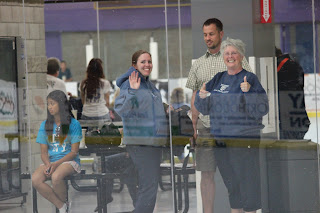 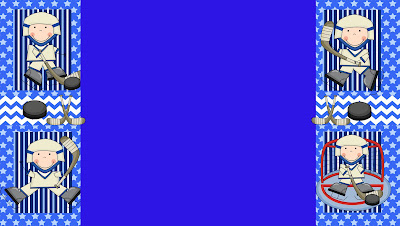