You Are The Apple Of My Eye

I went for a bike ride the other day and climbed some hills and then got on the trail for some flat miles. I was really enjoying the ride and the quiet and getting away from my to do list for a bit. I saw a guy on a bike up ahead going pretty fast. I decided that he would be the rabbit for me to chase after. I pushed my pedals as hard as I could to catch up to him. We both passed a homeless man walking on the trail. During the next mile, I went over what I had seen. The man was wearing a heavy winter coat. I looked down at my Garmin and it said that it was 94 degrees. The man was also carrying a large blanket under his arm. He was walking with a noticeable limp from one leg being considerably shorter than the other. He was also carrying a bag with his other items. I don't know where he was going or how far he had come, but I knew it was about 6 more miles before the exit of the trail. That's a long time to be walking in this heat with all his belongings. I had one full water bottle and one empty bottle. I finally said out loud "okay God, I'm listening". I left the fast guy and turned my bike around and went to go find the man. It took me some time and I started to wonder if he had gone off the trail, but I had gotten pretty far from him and he was walking with a struggled limp. I found him and stopped my bike. I gave him the full Camelbak bottle and a fruit strip and asked him to consider taking off his heavy coat in this heat. He thanked me and I continued on. I knew I wouldn't make it all the way back home (26 miles) with an empty water bottle in this heat, so I rode out to Morgan Hill and stopped at a store to refill. On the way back home, I saw the homeless man again. I gave him half my sandwich and continued on. My purpose in telling you this is to help our fellow man if you're able. Don't be in such a rush that you don't see an opportunity to help someone if you can. In the comment section, I'd love it if you would share a good turn that you've done lately.

I made these apple cookies and I did something a little extra special to them. Oh gosh they are GOOD! Keep reading to find out what I added to them to make them extra special delicious. 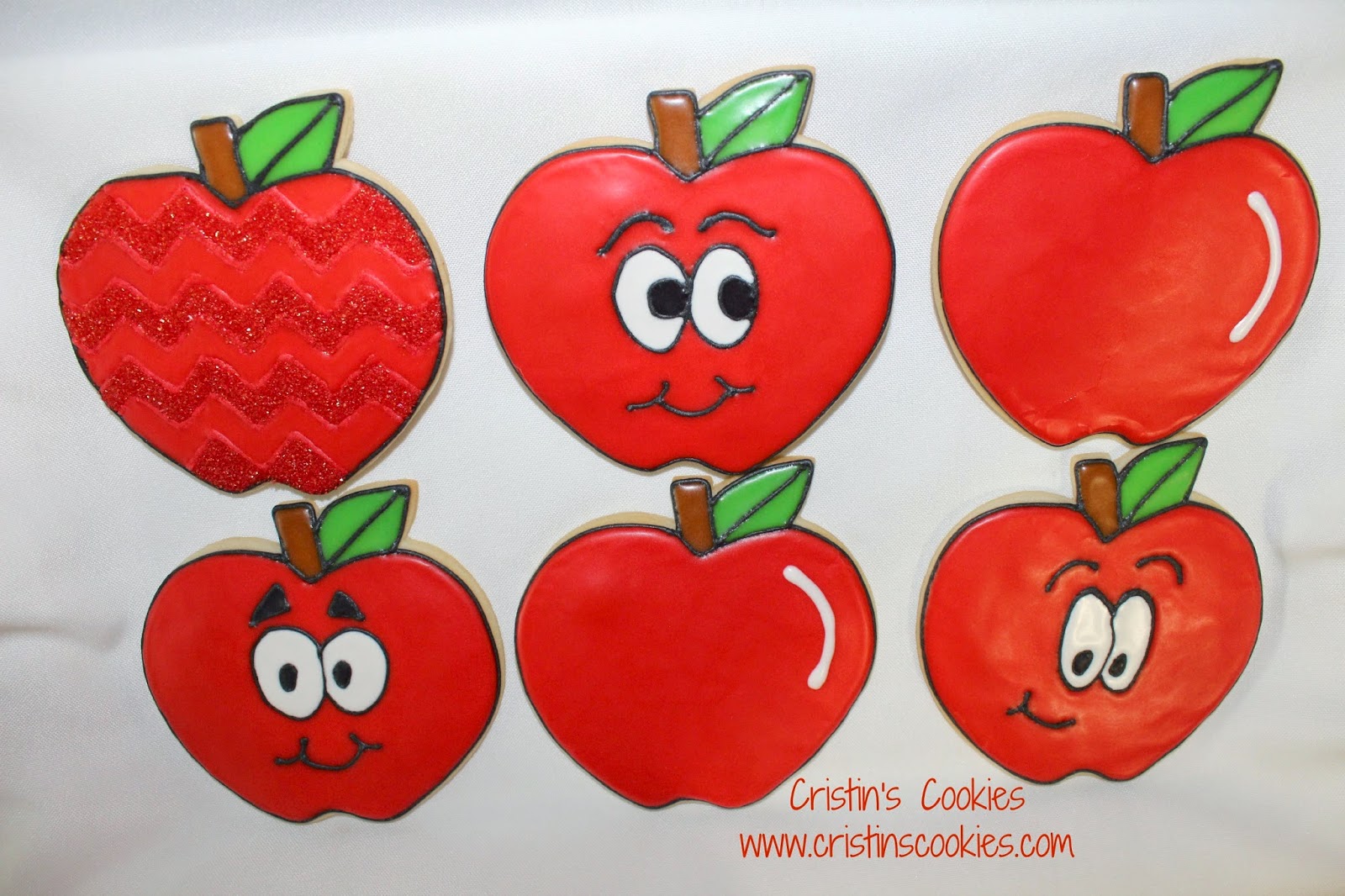 I started by making an apple cookie cutter. I love it. It is just the right size and comes out as a nice plump apple with a stem and leaf. Perfect for fall cookies and back to school cookies. Cookie cutter available HERE 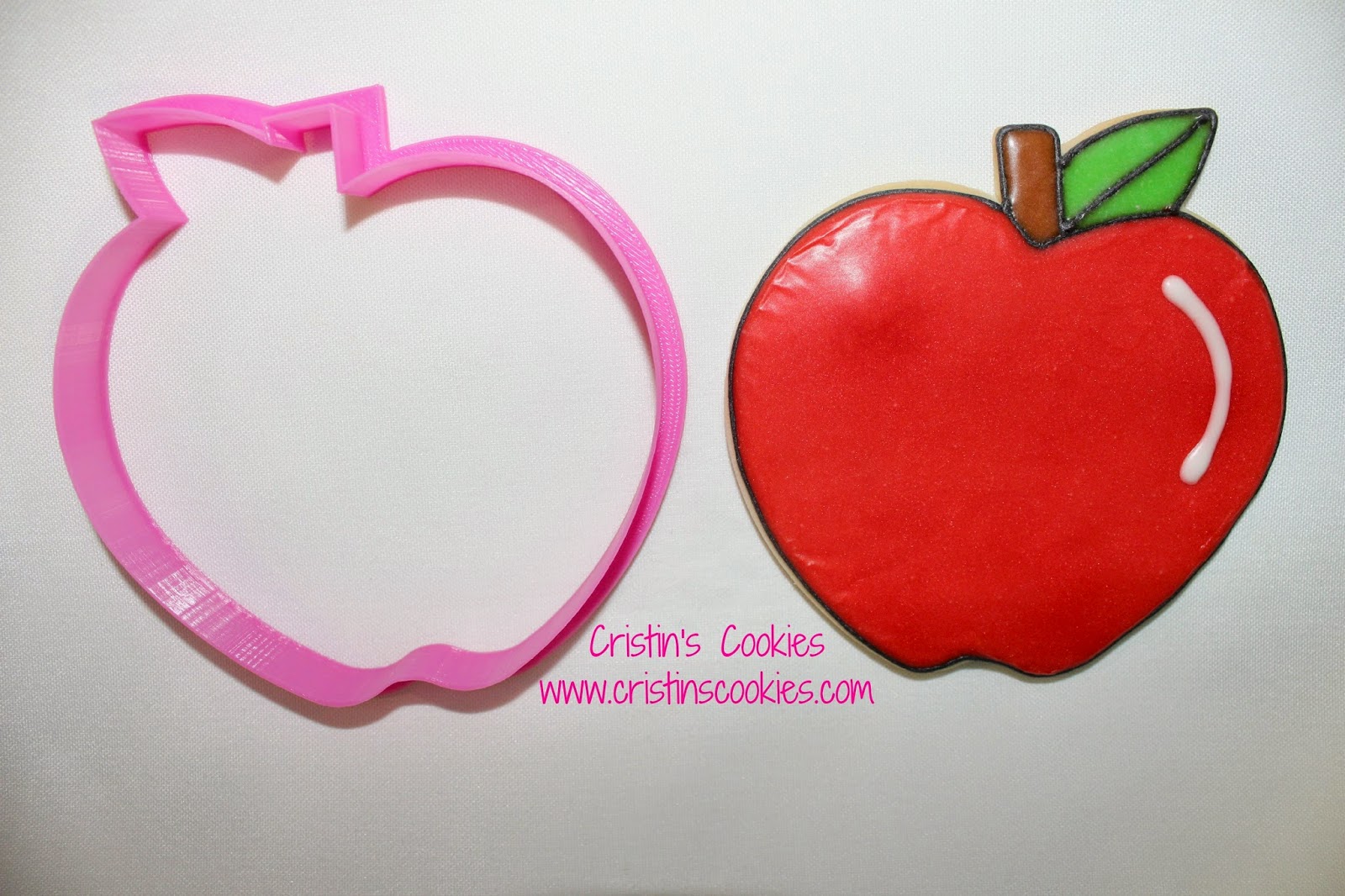 So I added a little something special to the icing on these cookies. Want to guess? 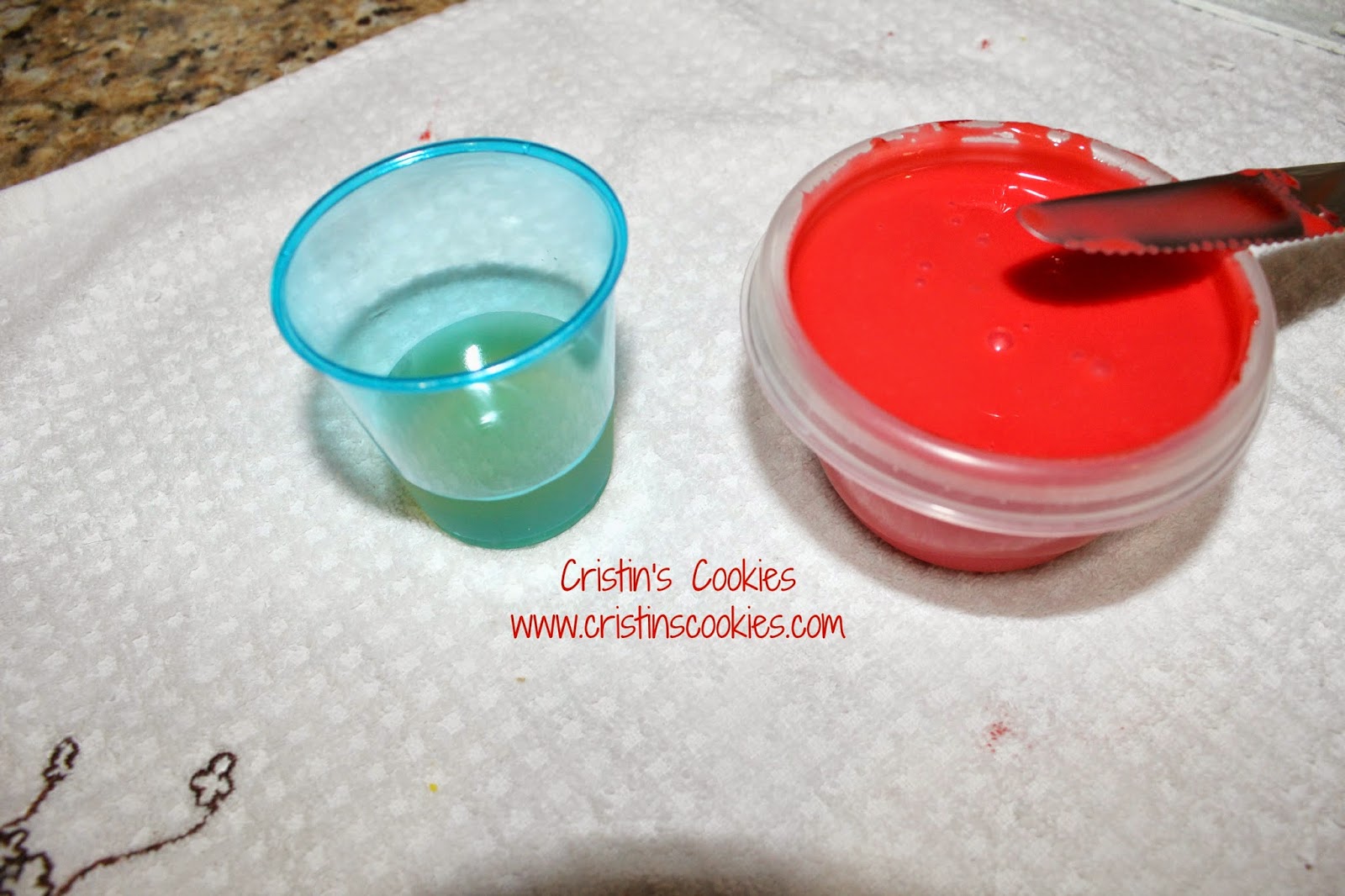 For the liquid part of my icing recipe (in place of water or milk or whatever is your liquid in your recipe), I used apple juice! I also used apple extract instead of vanilla extract. I bought apple juice that is 100% juice instead of the kind that is a mixture with a bunch of sugar. I bought the most "natural" one I could find and it's called Mott's Natural Fresh Pressed 100% Apple Juice. Can you guess what it did to the apple cookies? Yep, they are DELISH! It tastes like biting into a super yummy apple! LOVE them! 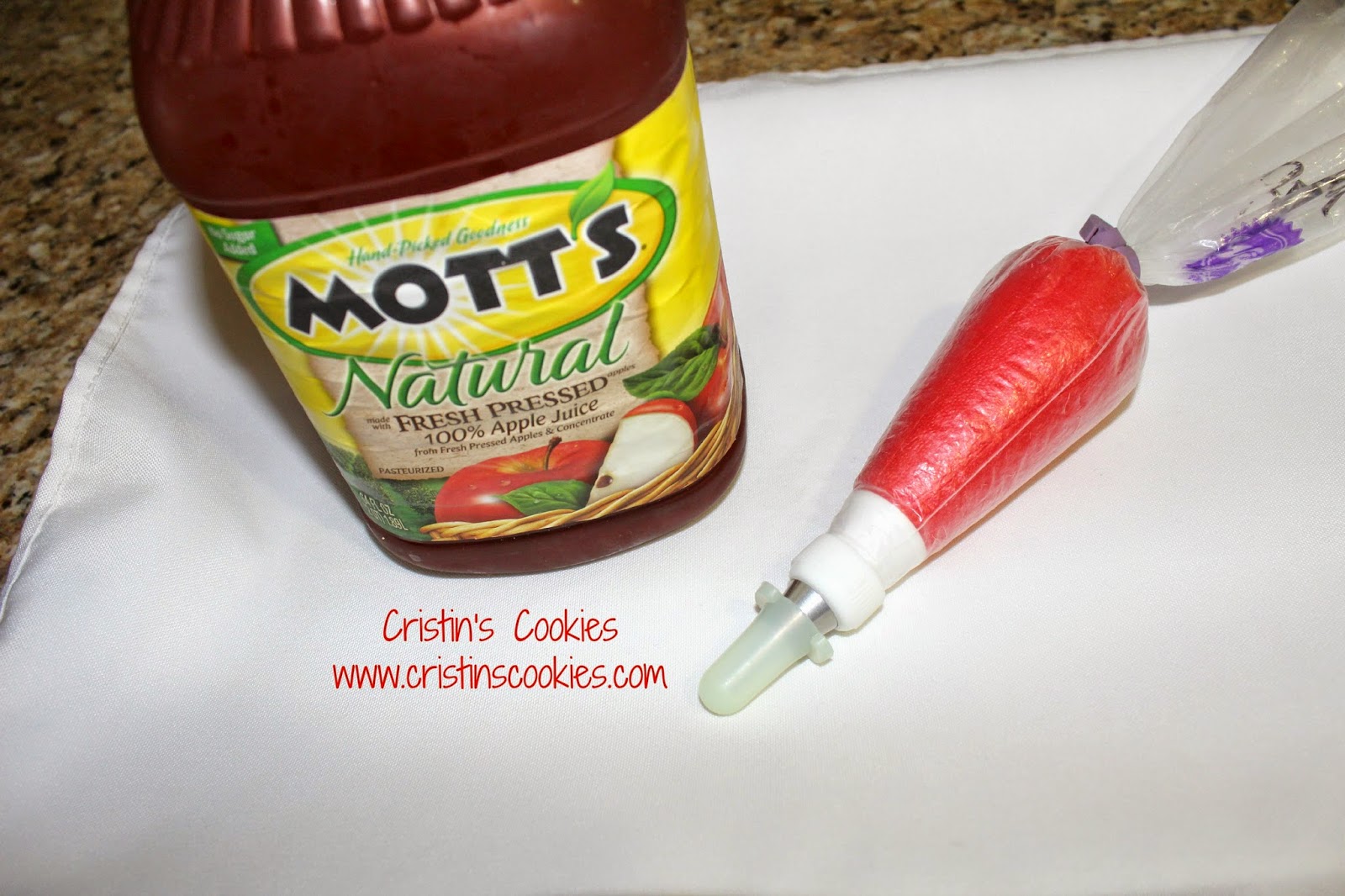 I outlined my simple apple design 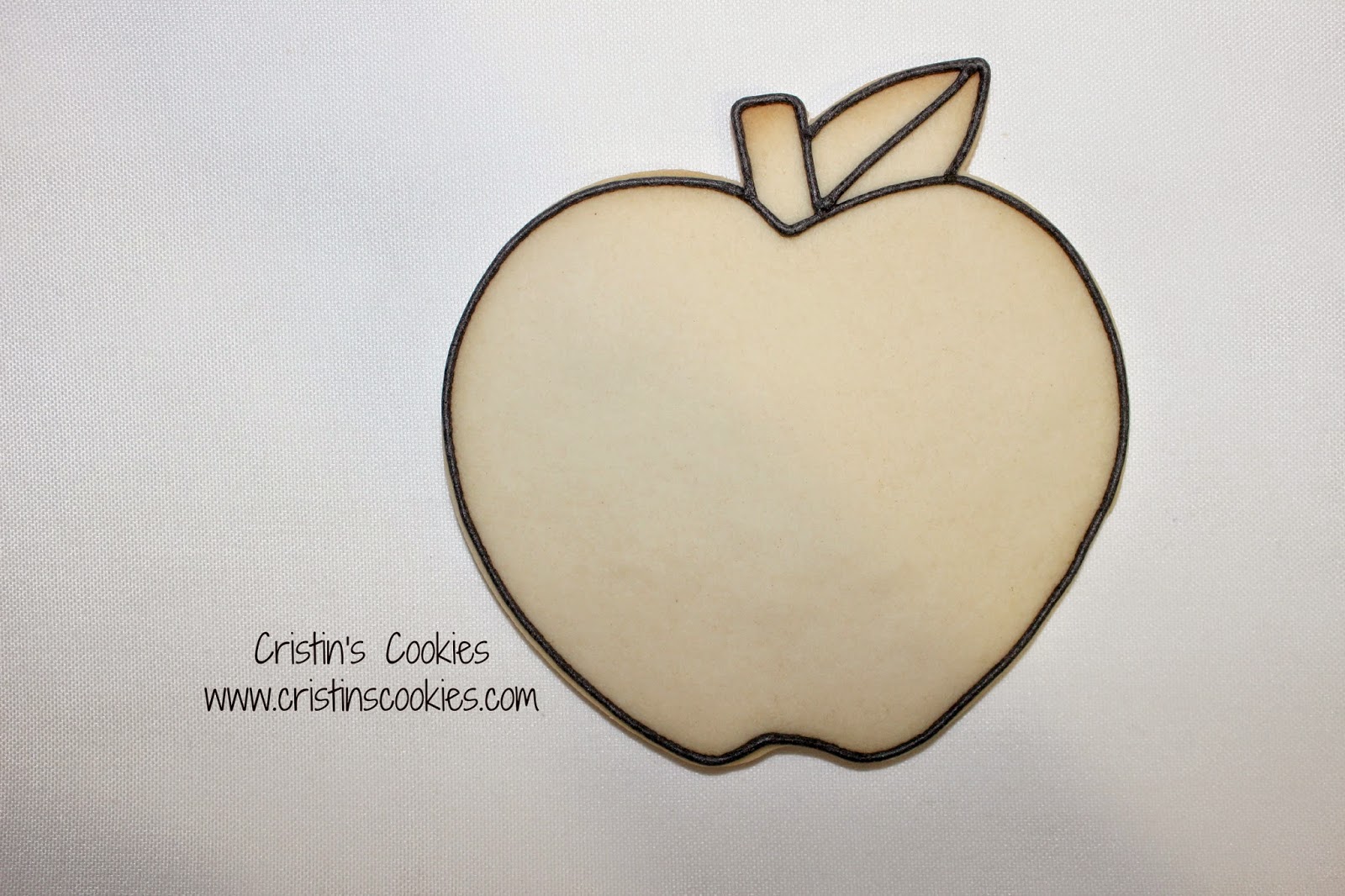 Don't you just love these plump apples? And having them with apple flavored icing, was just so fun! 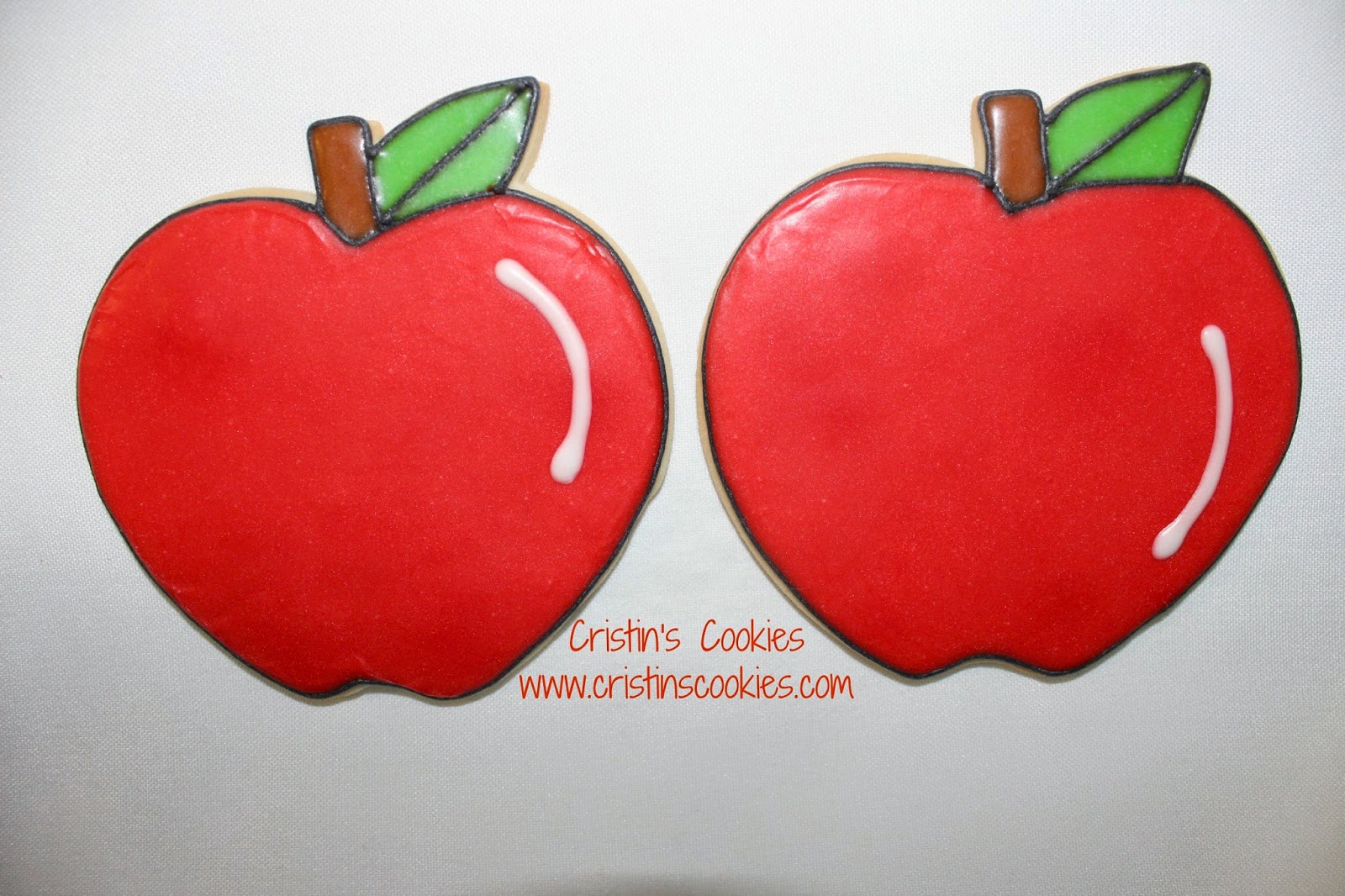 Then I made some with fun faces too 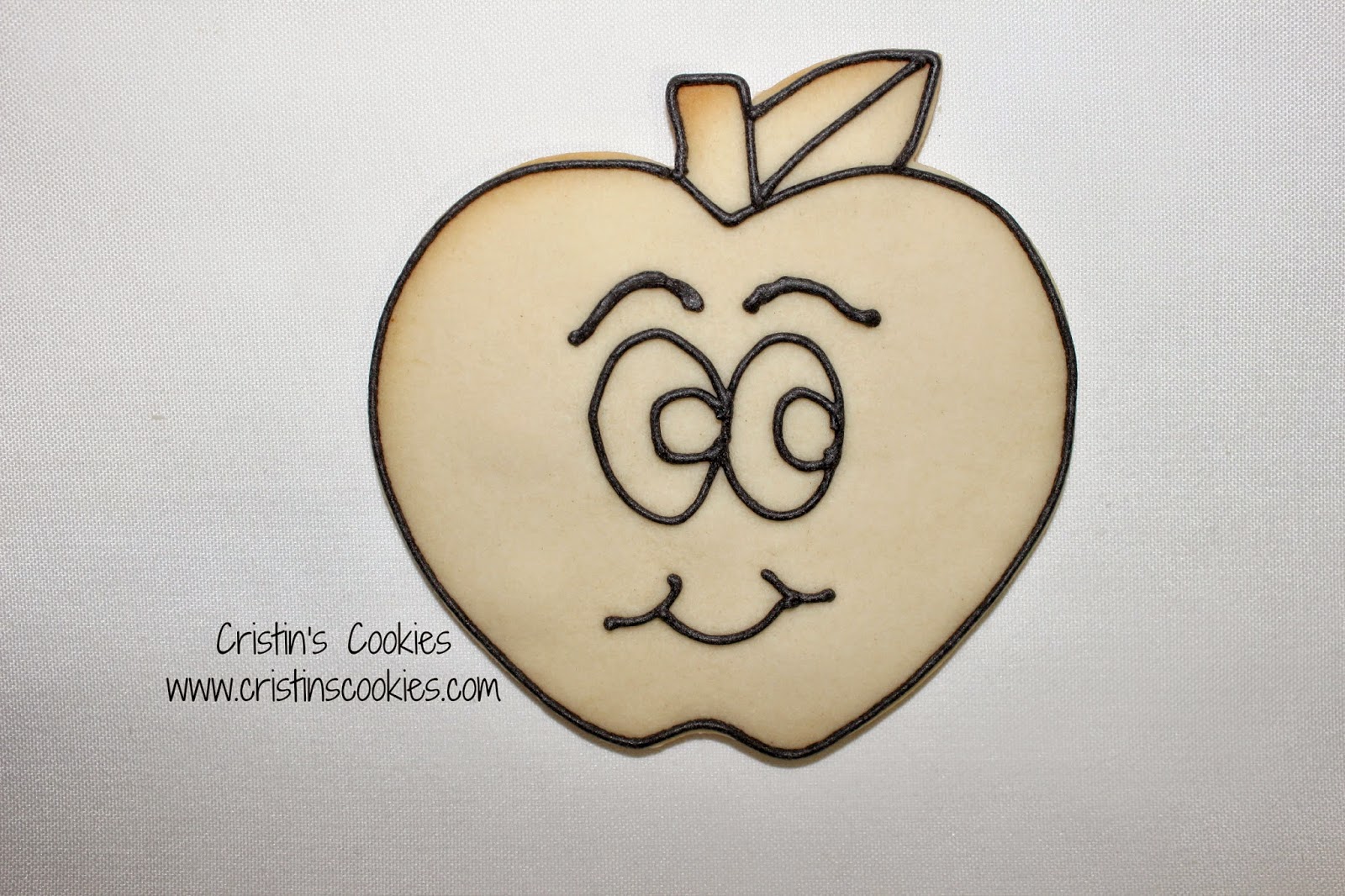 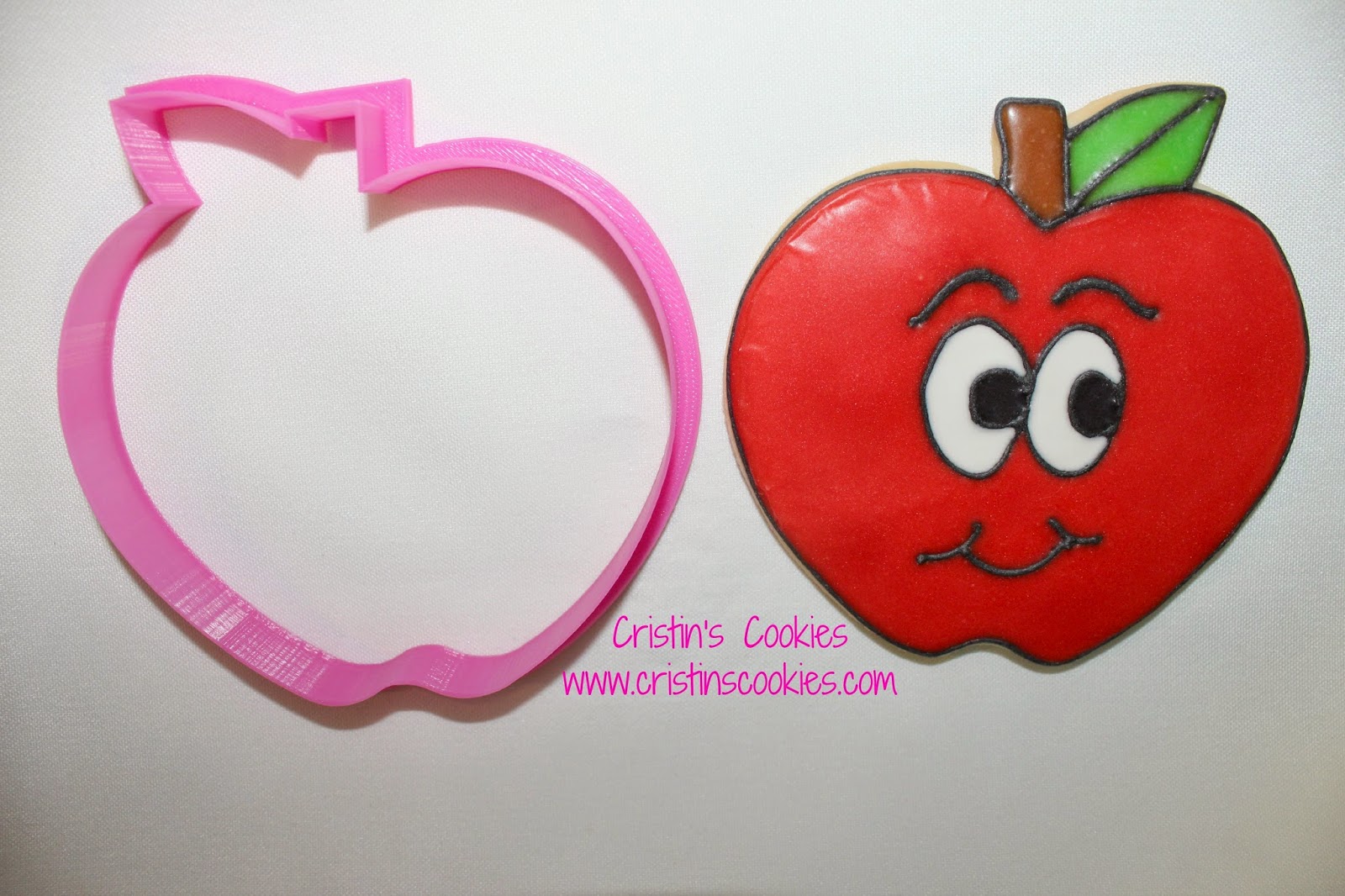 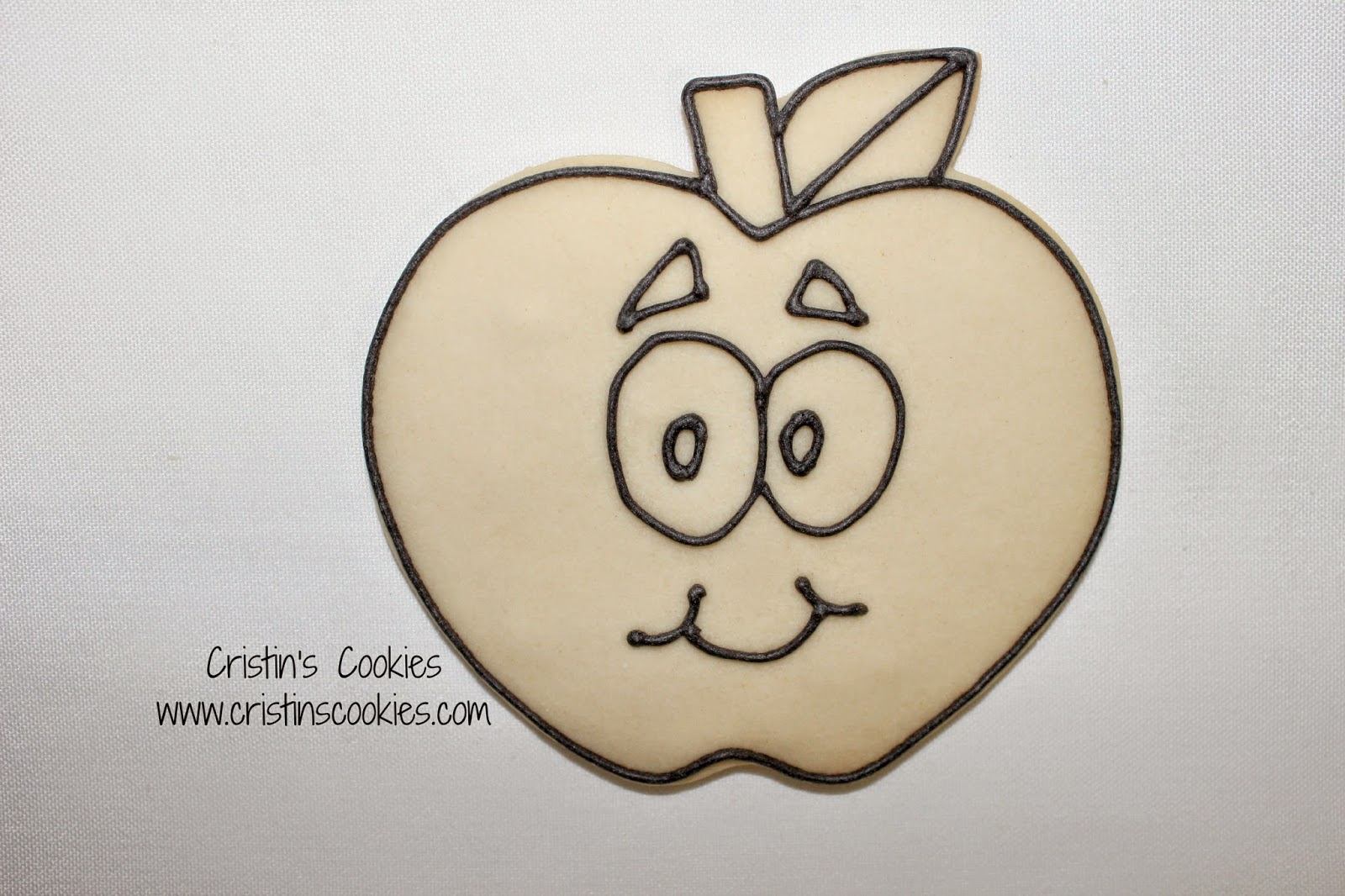 Sorry this one doesn't have a completed photo because I ATE IT before I could photograph the cookie. Yep, that's how good they were! ;-) 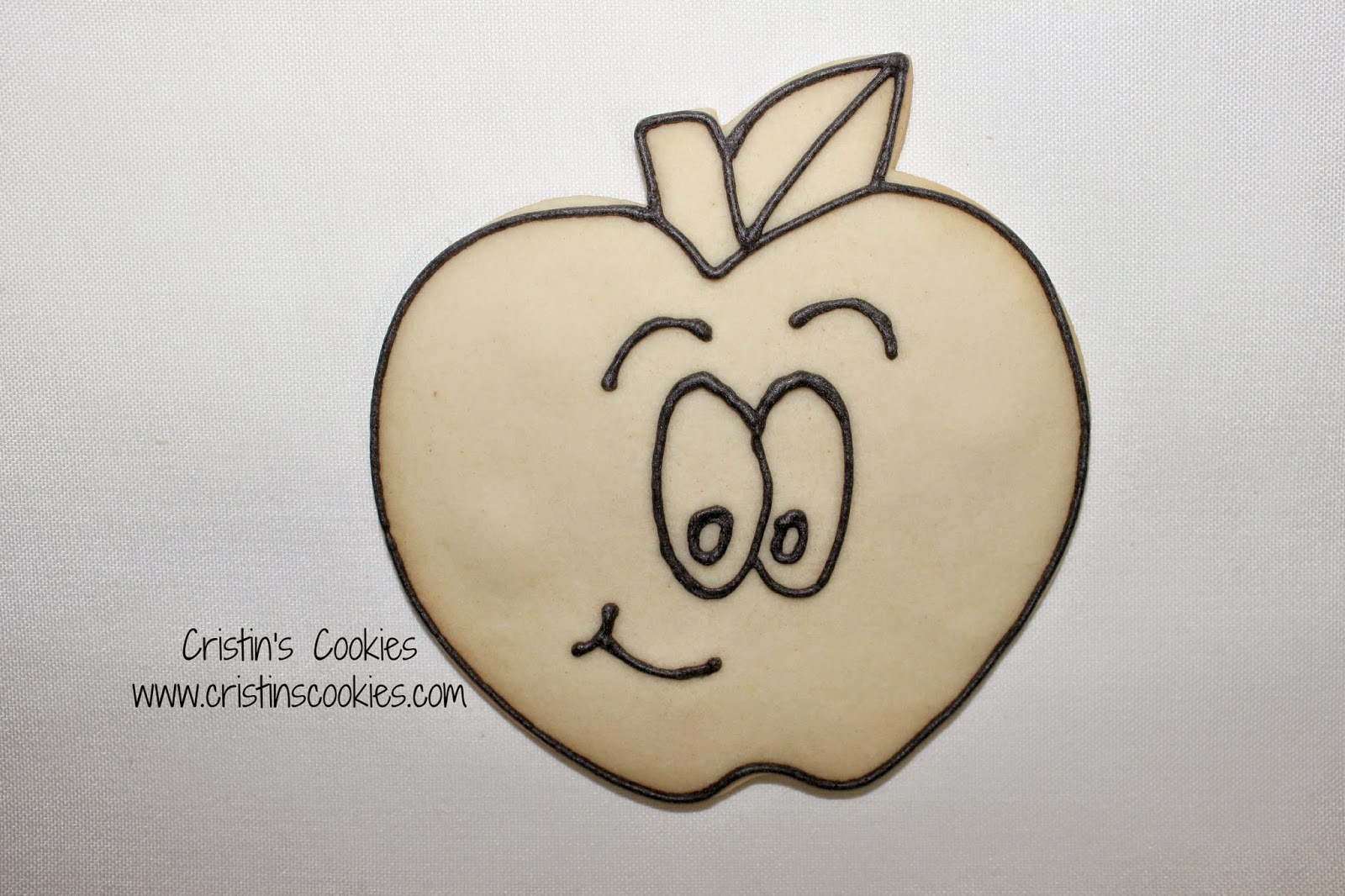 Here's the others with cute faces on them 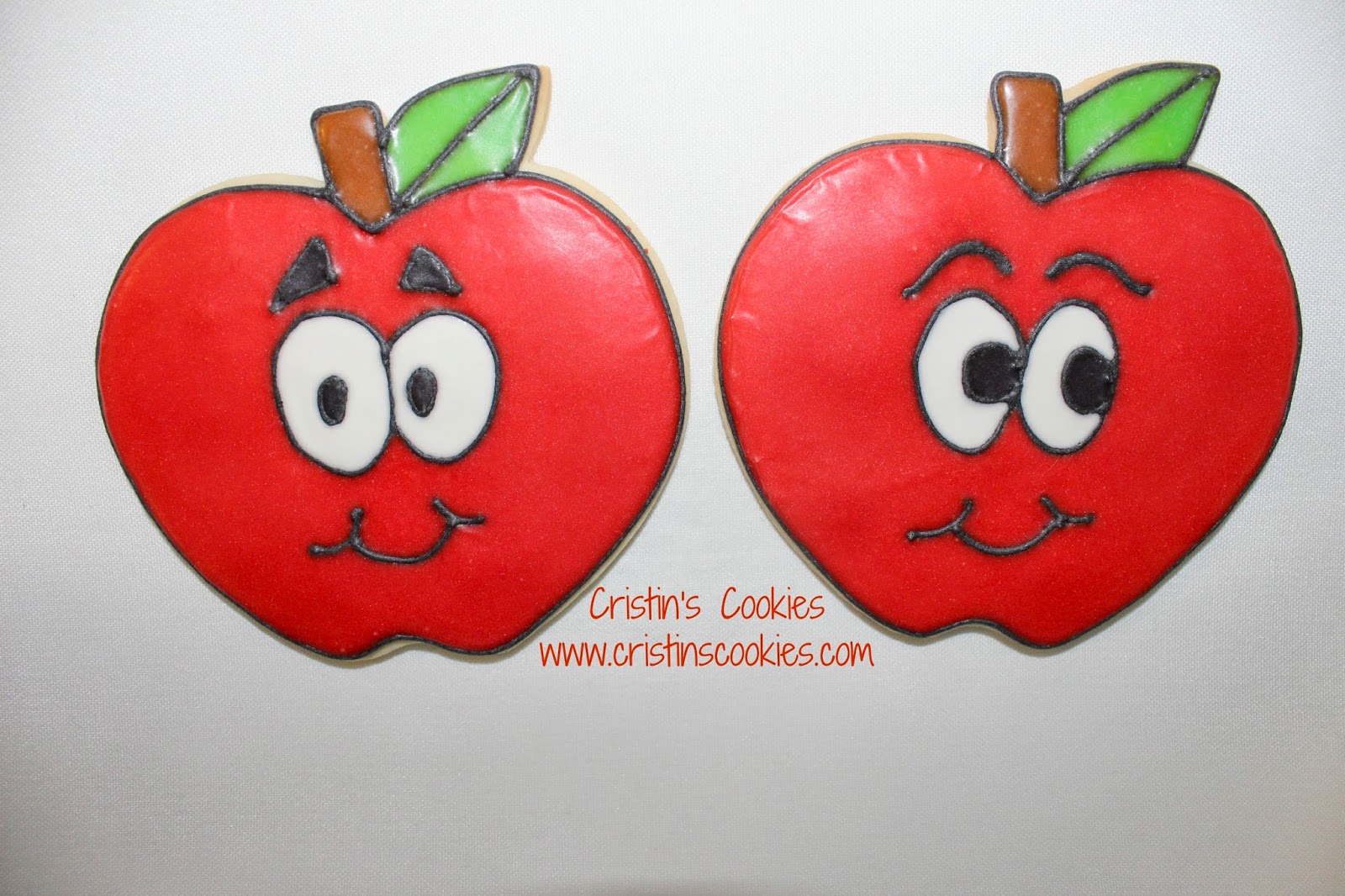 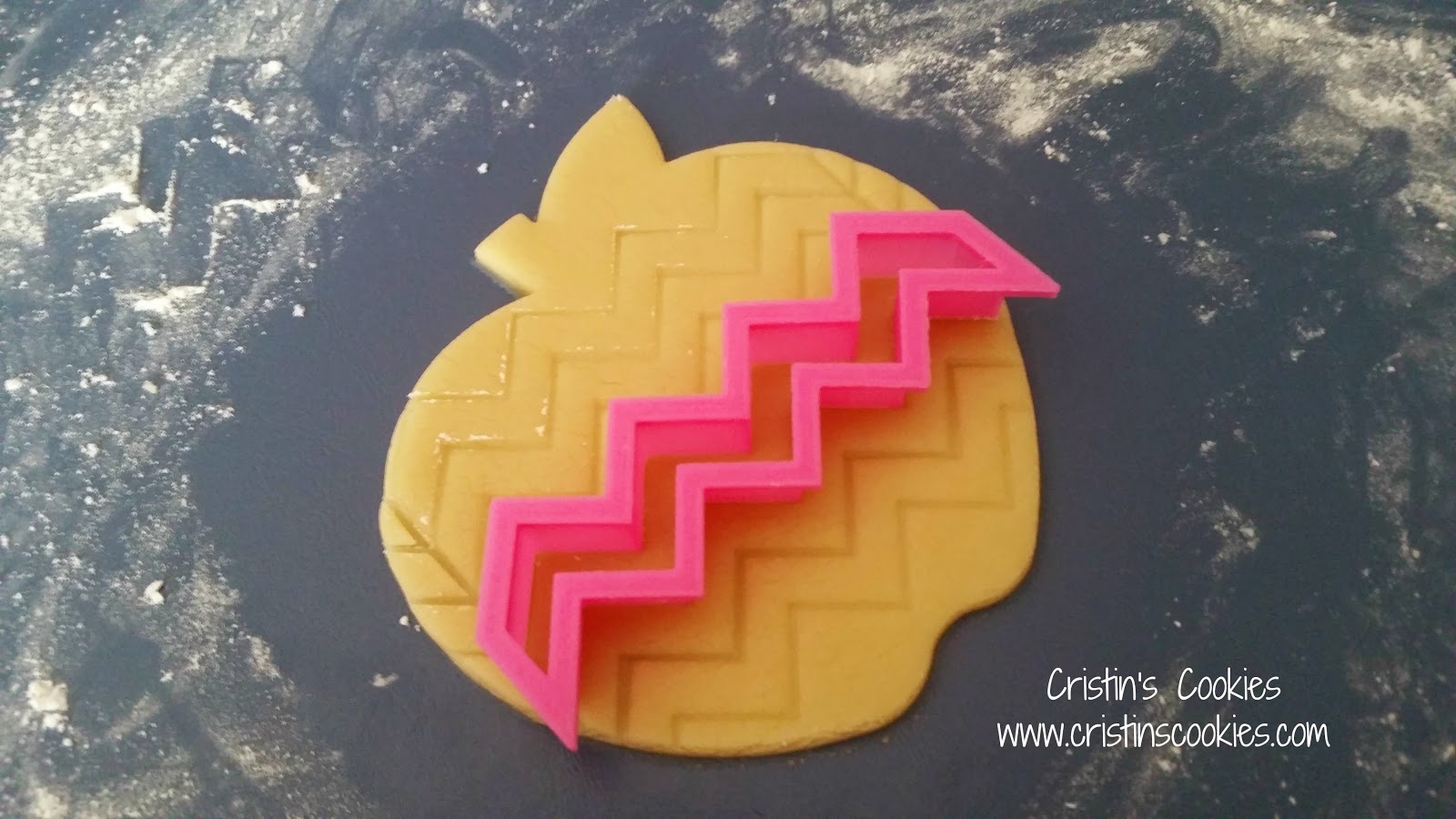 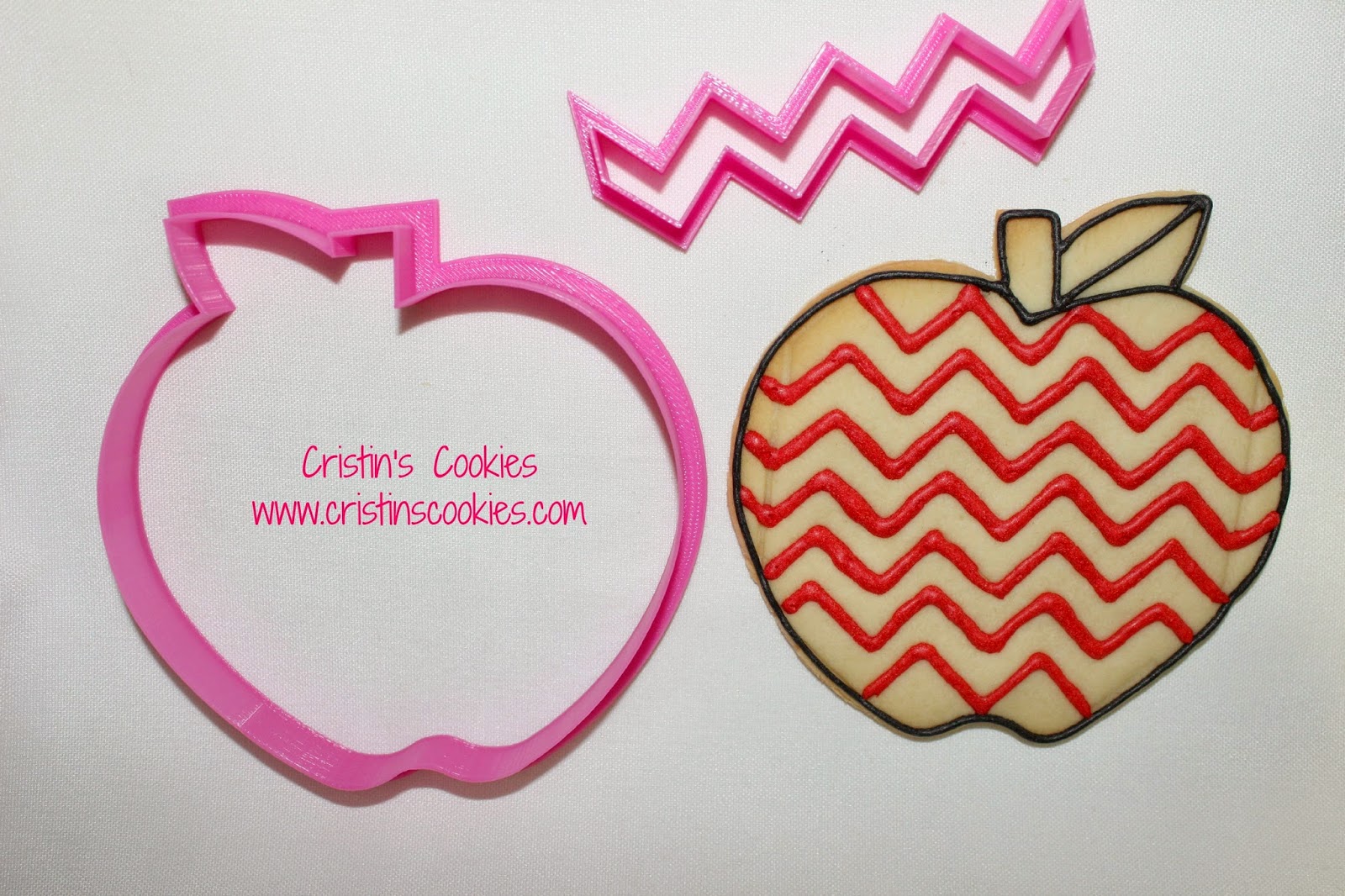 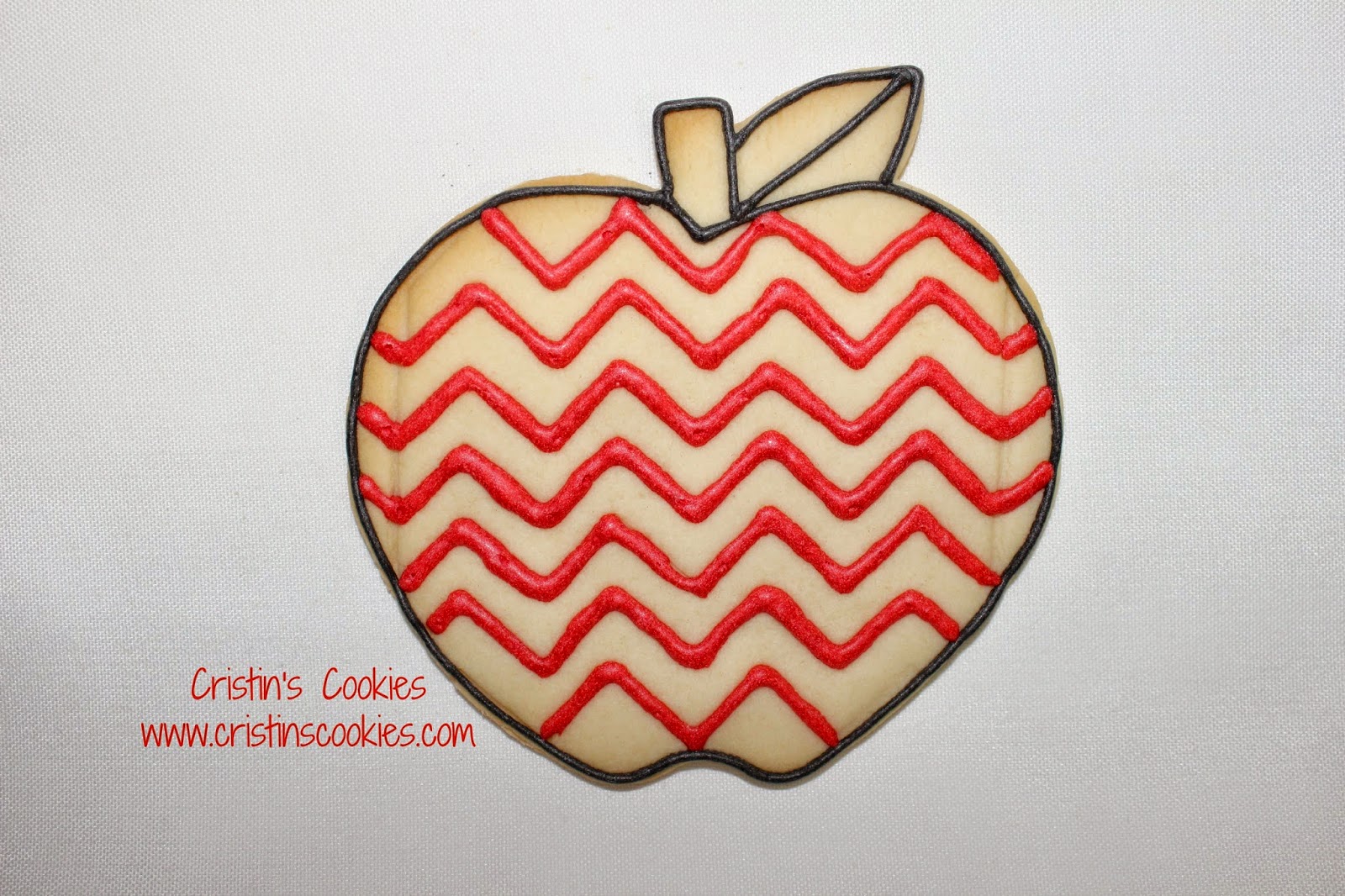 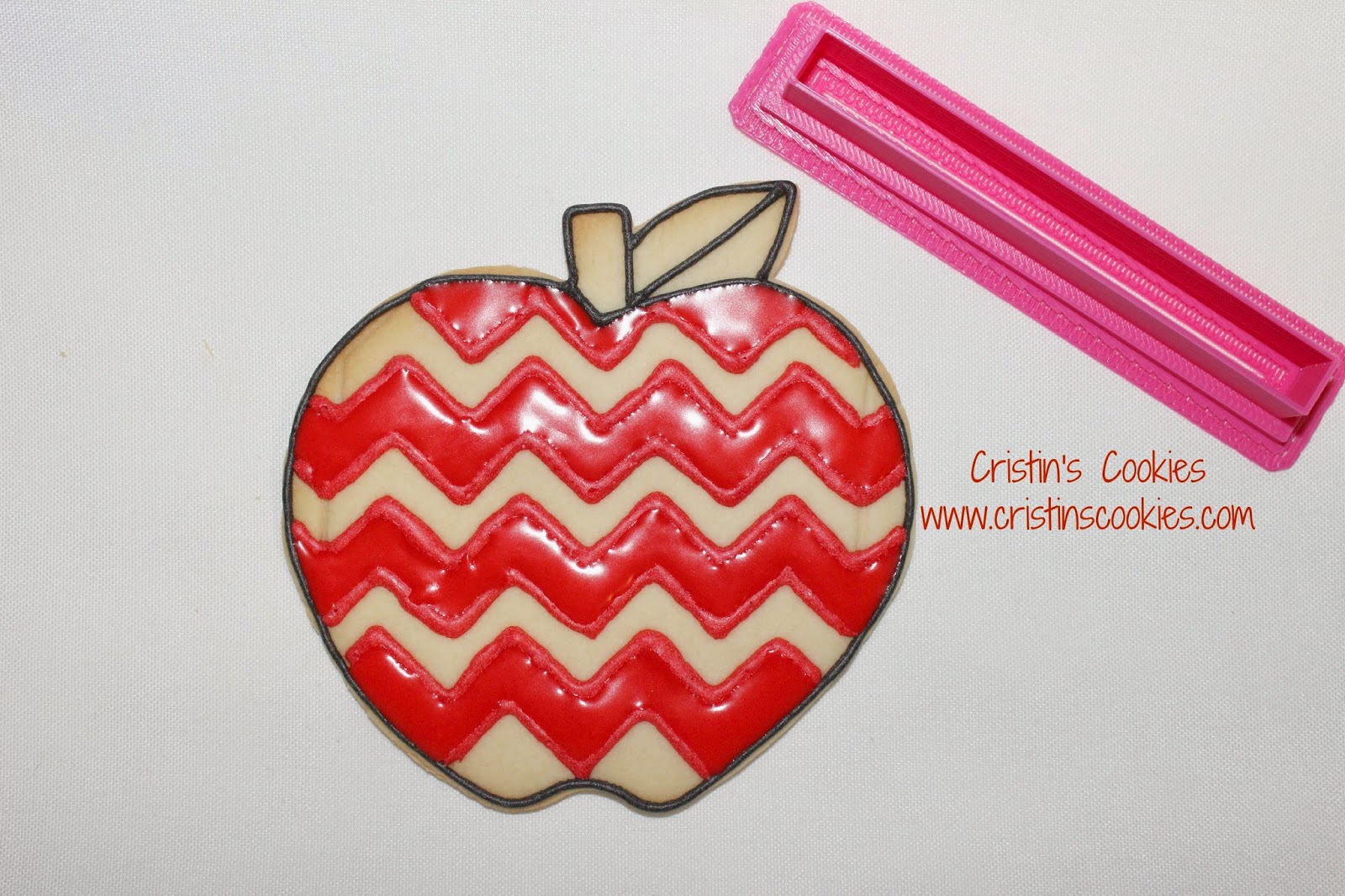 Pretty fun apple cookies for back to school or fall celebrations 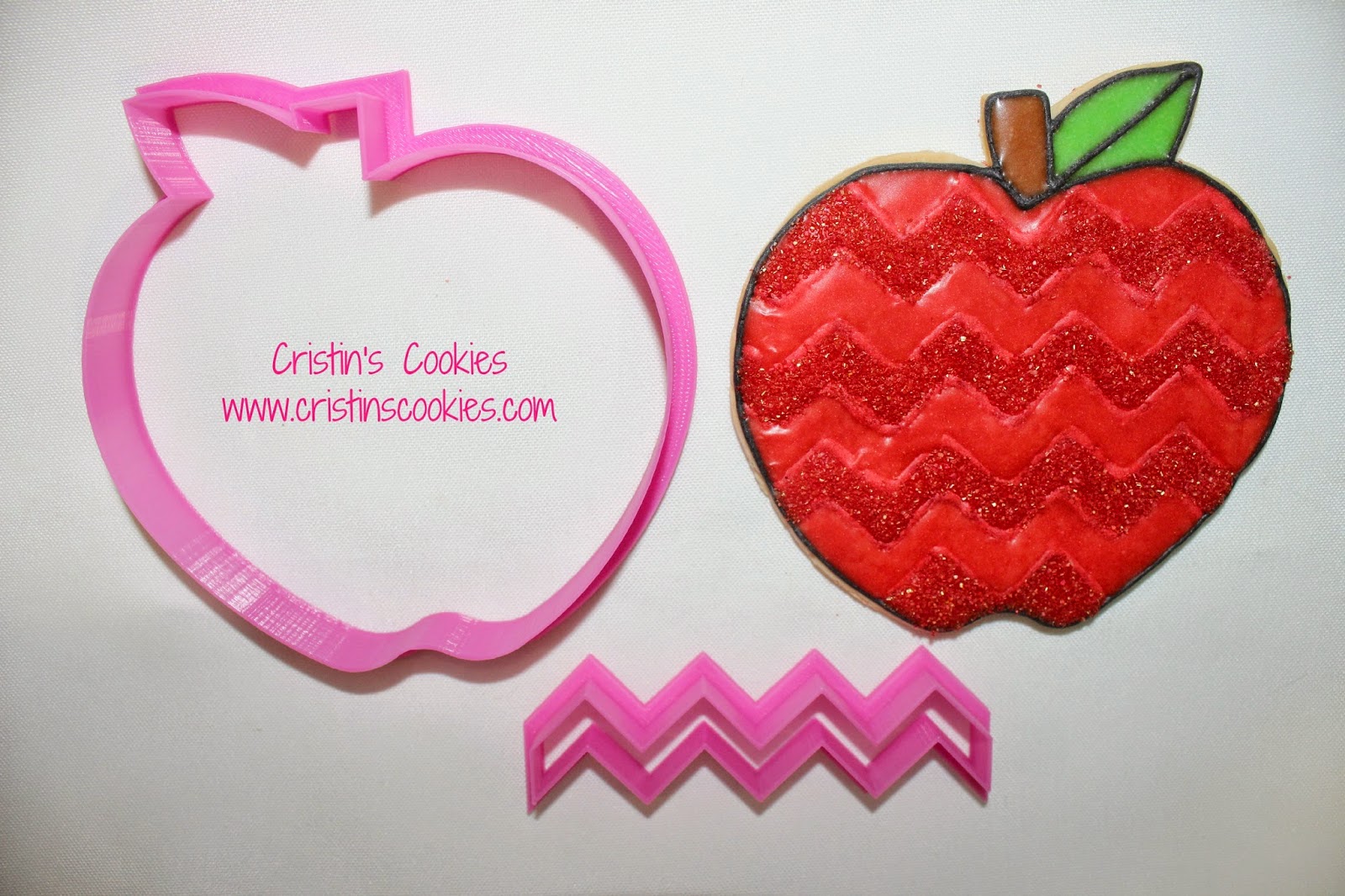 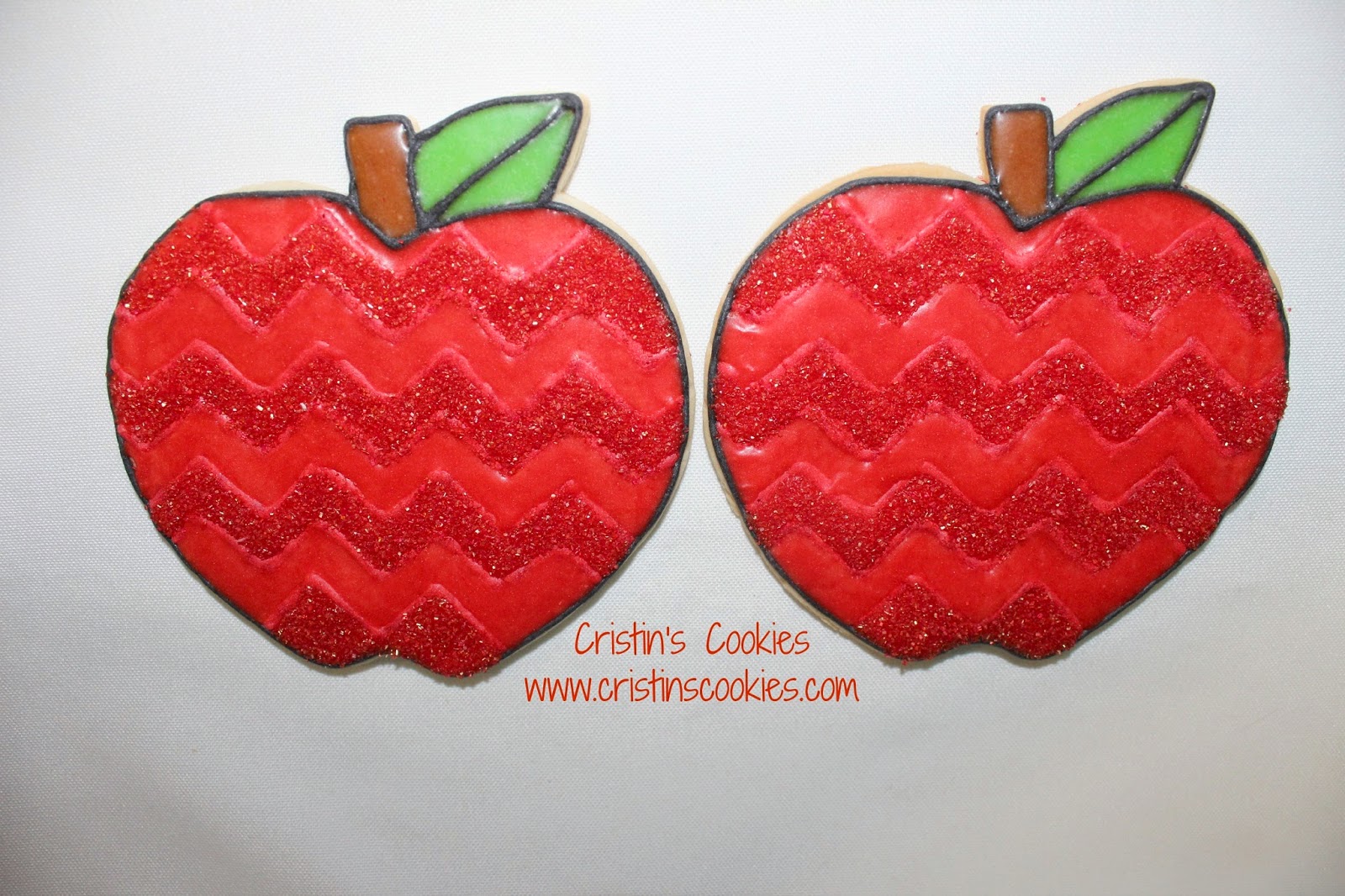 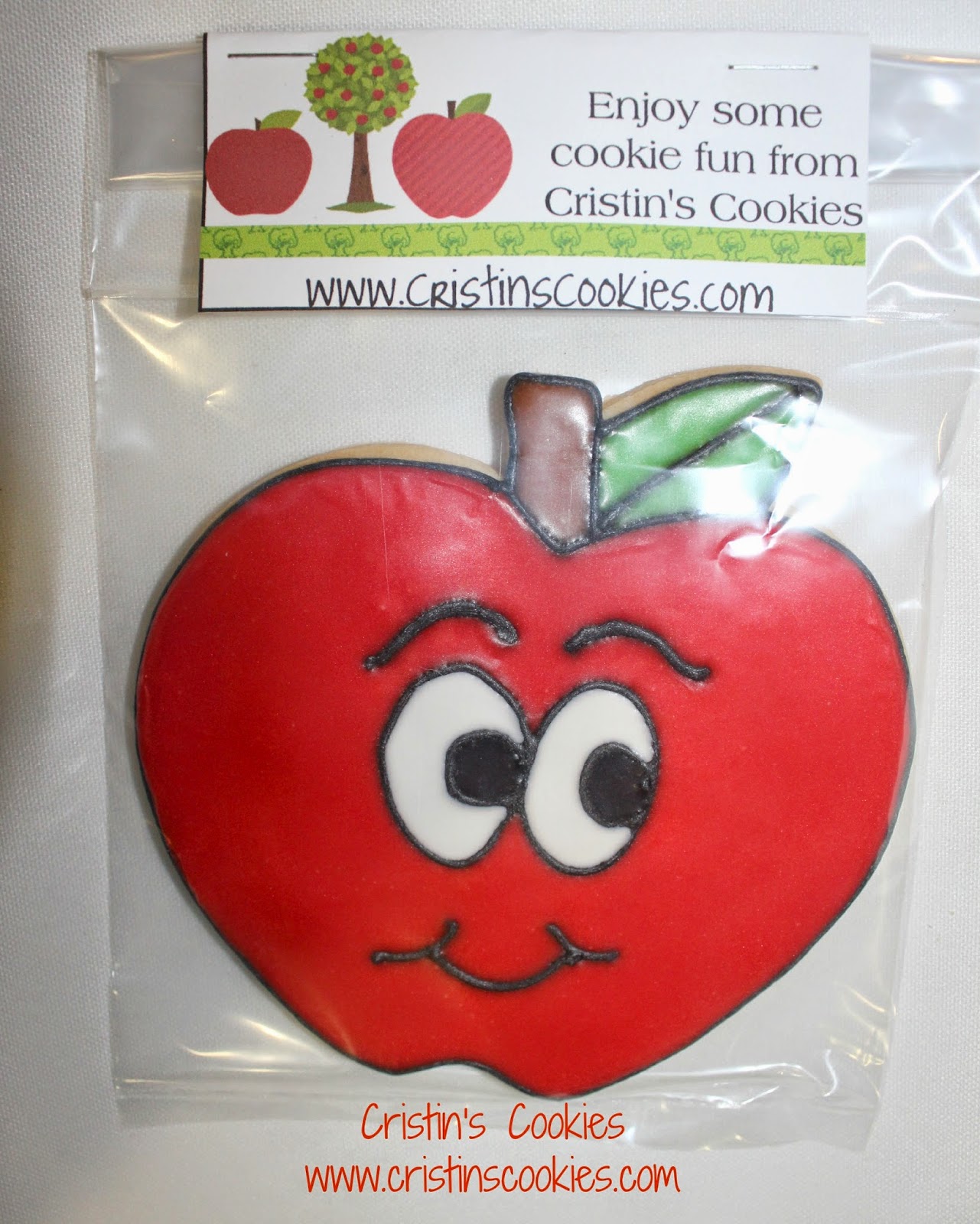 So let me know if you try out adding apple juice to your icing recipe. And don't forget to share a good turn that you did for someone too. 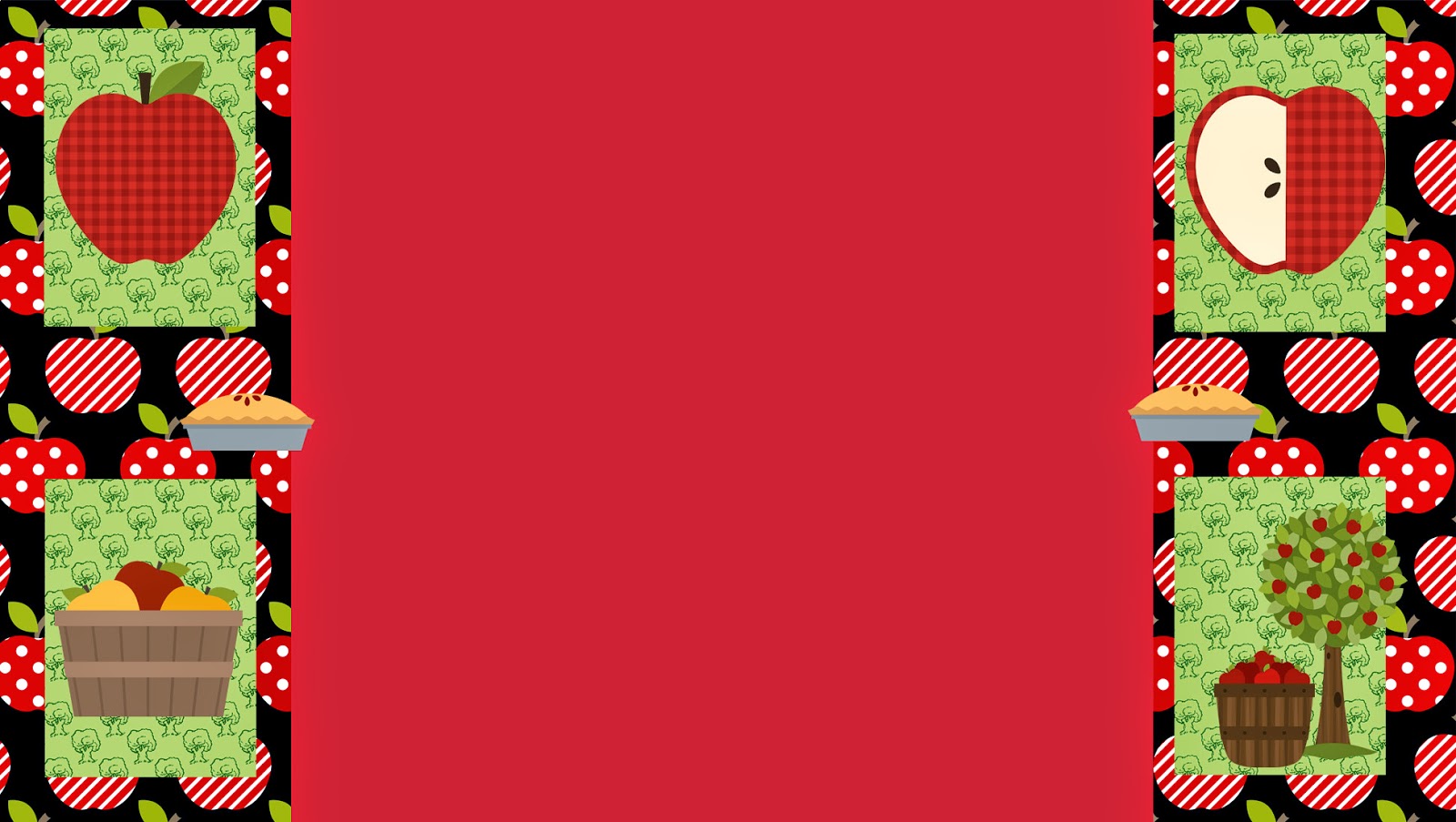